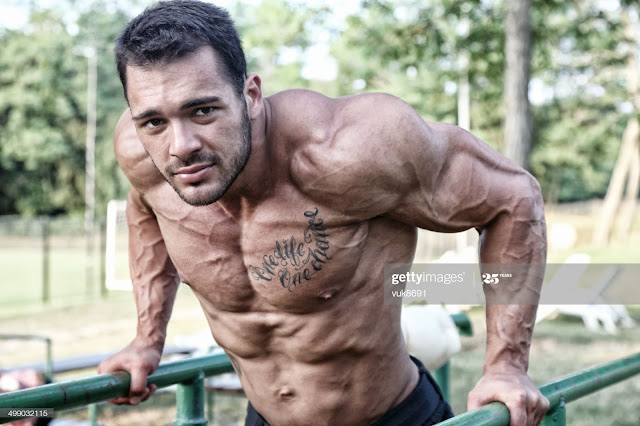 Let's be clear! I like my men with lots of muscle.
And this guy definitely has that in spades! 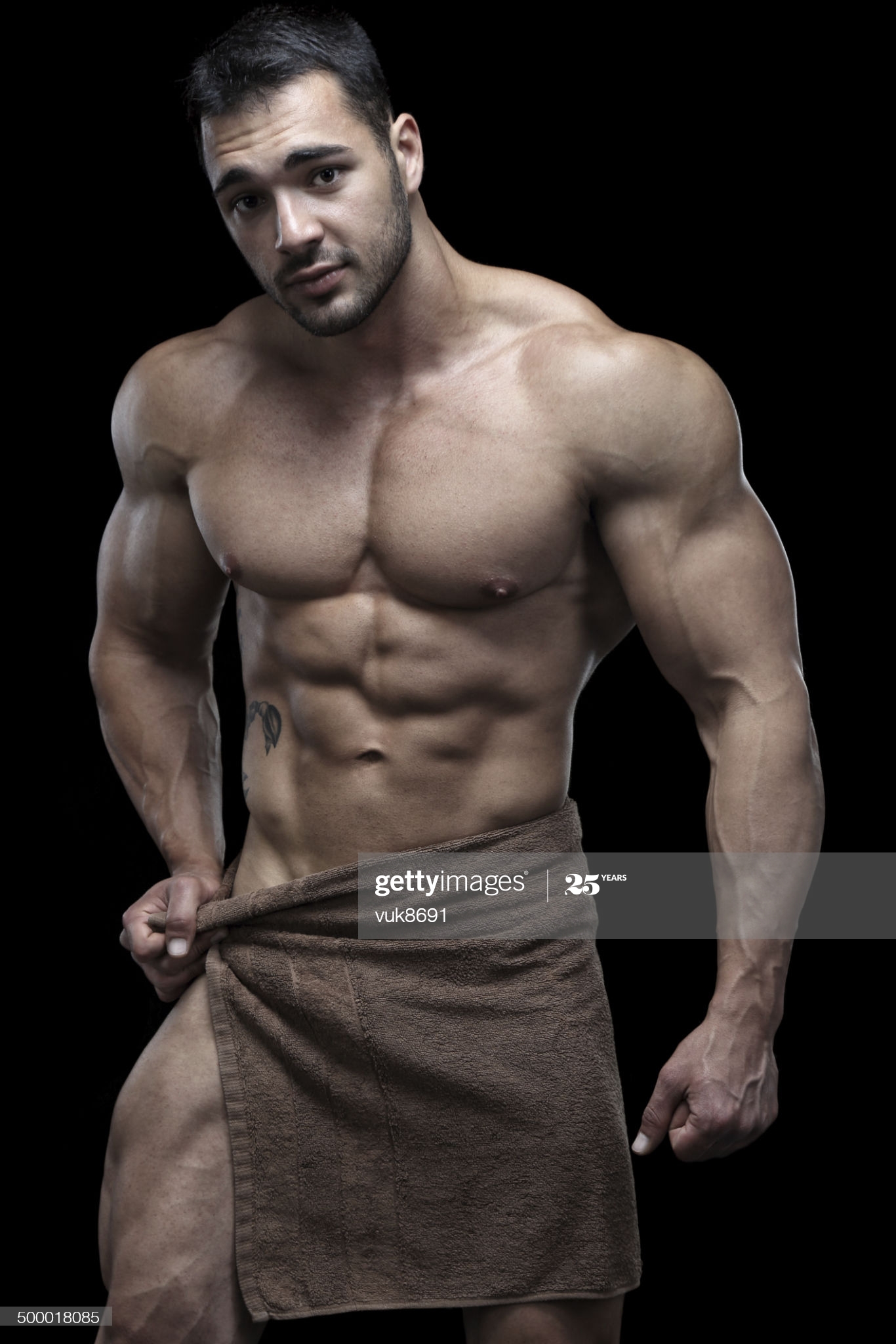 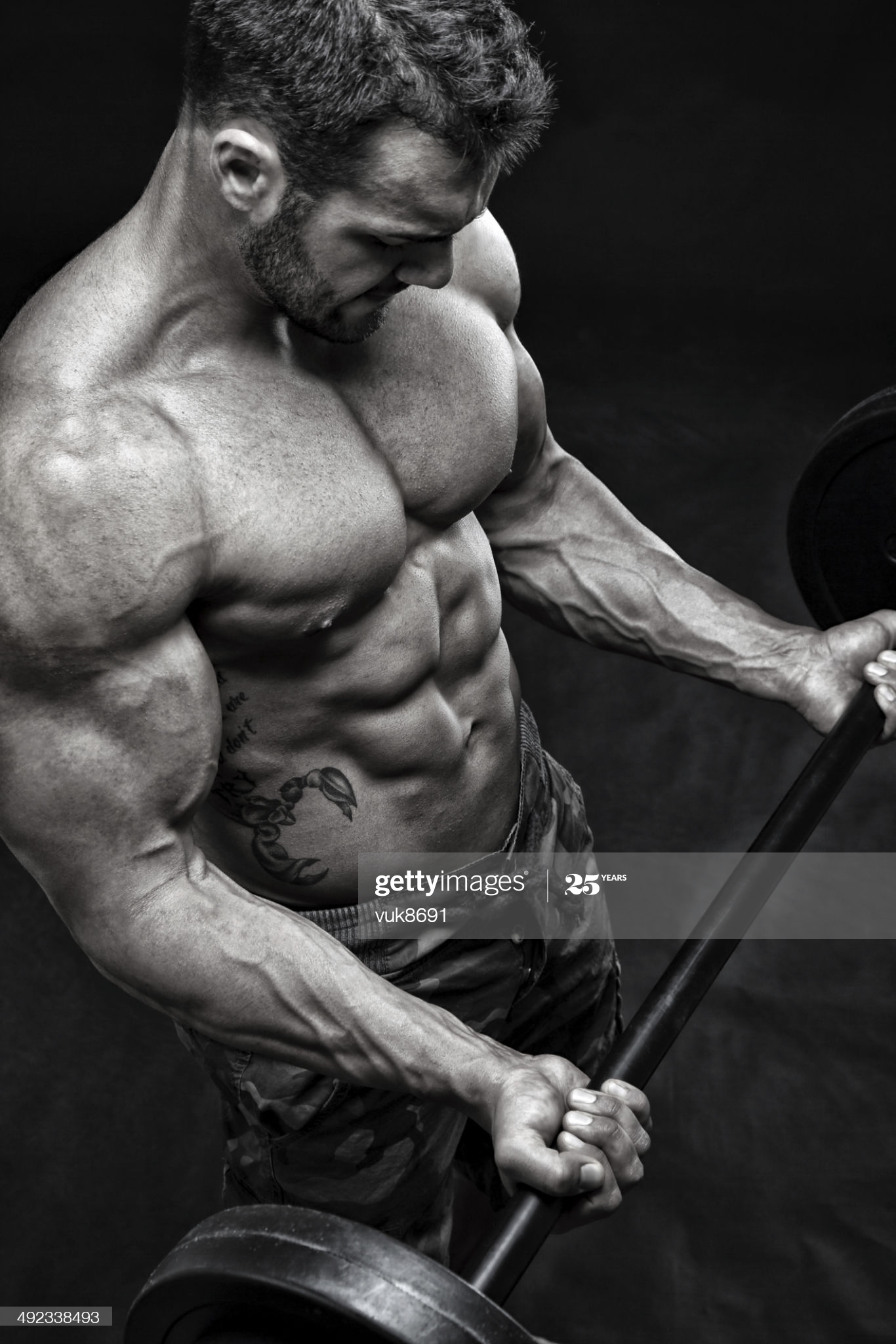 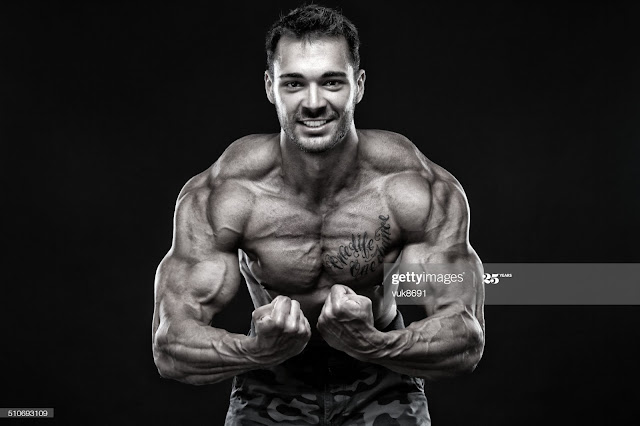 Let's be triply crystal clear, there is a point to a man's muscularity that loses its asthetic appeal to me.
And this guy is teeter-tottering on that edge of appeal. 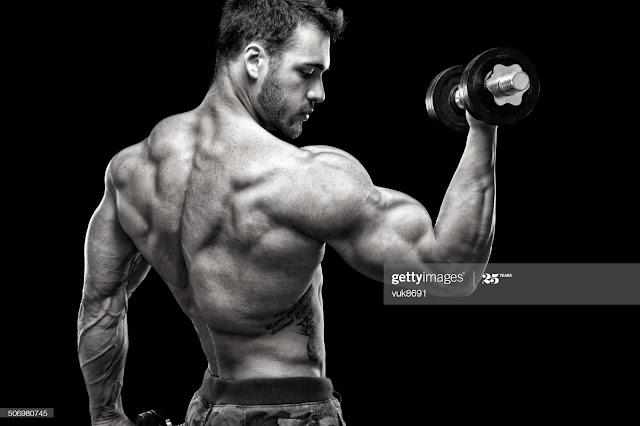 His massive muscle bulk is impressive, but in these pictures he's not 'cut'.
No, he's definitely not fat, but if he were a competitive body builder, I would say this guy is on his 'bulking' phase rather than 'competition' ready.
I would would to see photos of him a few years earlier, to see him with a little less muscle and a little more definition in his lower abs. 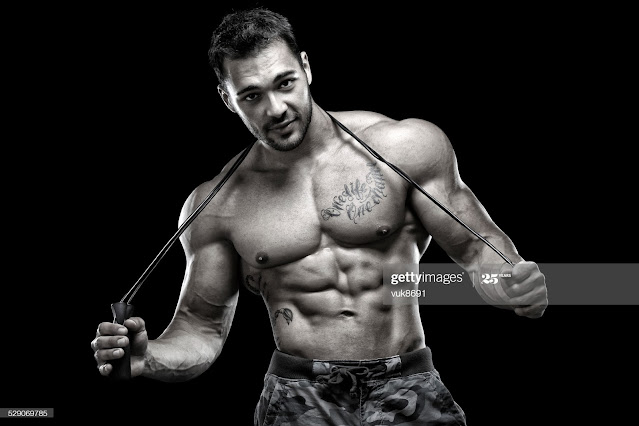 (Rankings of these men is subject to change in future editions)
Posted by Maxx Corey at 6:16 AM